The five year old boy being carried into the health centre in patient ward looked worryingly ill. His mother said that he had been feverish for 24 hours but this morning, he had had a seizure. He was twitching and staring blankly into space, mouthing silent words.

My first thought was that this was cerebral malaria, but malaria is so prevalent at the moment that I needed to rule out the possibility that he had two diseases – meningitis and malaria. Trognes, the lab technician, was not at work today, so we performed a rapid diagnostic test for malaria. You expose a drop of blood to the reagent and one line means negative, two or more lines means positive for malaria. This was positive, but did not give us an indication of the severity. For example, we had no way of knowing what percentage of red blood cells were infected, and whether there was a reduction in the platelet count.

When you haven’t got lab support, you have to concentrate on your findings on physical examination. The boy’s neck did not feel stiff as it usually does in meningitis. There are several tests named after eminent clinicians, such as Kernig and Brudzinski, but my way is simpler and is usually more child-friendly: Ask the child if he can kiss his knee. The boy and his mother did not speak English, so I asked the nurse to translate my words. The nurse just looked at me blankly, but I insisted that she translate my instructions. The mother and her supporting retinue looked back at the nurse blankly. Eventually, I showed them myself what I wanted the child to try to do. They did nothing. I gave up, and did Kernig’s and Brudzinski’s tests, which were both negative.

I went back to the general examination. There were no localising signs of any other infection causing his condition. I went through a neurological exam, which is difficult when the patient is not co-operative because they don’t know what you are asking them to do. The boy stared at my face intently and reached out his hand to stroke my nose and cheeks. Then he gently rubbed my arms, pulling at the hair and smoothing it down.
When he first came in, I thought he was delirious and hallucinating. But now he seemed more focussed on me, almost beguiled by the colour of my skin. My daughters have inherited my hairy forearm gene, so they might reckon that obviously the boy was fascinated by my weird, localised hirsuitism.

He needed effective anti-malaria treatment immediately. He had been vomiting, so I wanted to give the medication into his bloodstream. The clinic ran out of intravenous fluids last week. They had been on the monthly order, but none had been received. Perhaps we could convince him to take the Coartem tablets crushed in water? They taste awful and, not surprisingly, he refused, part spitting and part vomiting the medicine down his shirt. Our last option was intramuscular quinine, which is really painful and not a reliable way to get the drug into his bloodstream. He also needed some glucose, paracetamol and, if he started fitting again, diazepam.

The father had arrived by now, so I asked the parents to consider taking him to the nearest hospital at Kamoto. Transport would be expensive. The health centre had been criticised in a recent letter for excessive use of the ambulance. It is only to be used for obstetric emergencies.

I felt we had no option but to give what medication we had, and hope that he recovered. I am not supposed to use the LSAMF vehicle to take people to hospital. It sets a precedent and it puts the doctors who work here after me in a difficult position. I left Marvis in charge and told her that she could call me if his condition deteriorated.

I was deep in thought as I drove home down “Church Street”, when I heard the sounds of choir practice from the Roman Catholic Church. I stopped the vehicle to listen. There were three crude wooden crosses outside the church, and to my surprise, the central cross was occupied by a young man. Two other men joined him as I walked up. We talked about the number of crosses on Calvary, and they suggested I might like to stand in for Barabas. I declined, but we all had a good laugh about this. 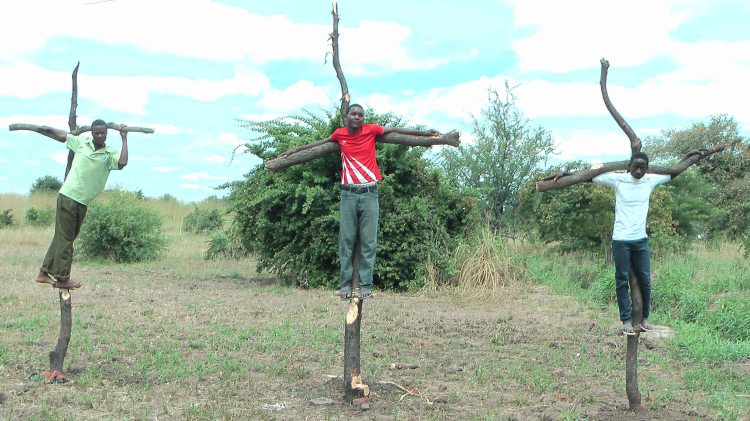 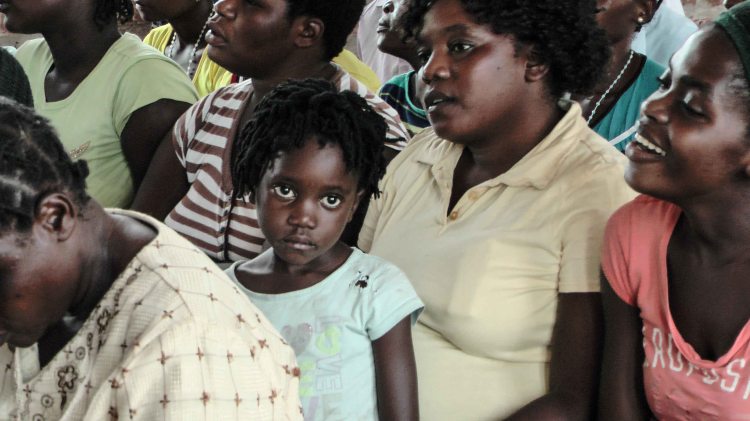 I stood at the entrance to the church and listened to the choir. One of the crucified lads insisted that I go to the front of the church to hear and see properly. When I got to the altar, I caught the choir master’s eye, raised my camcorder and my eyebrows, and he nodded his approval. He looked like an animated funeral director, wearing a black, slim suit, bobbing up and down to indicate when a particular voice should come in. There was a small band of musicians, a girl hitting a string of beads with a baton, a man playing a makeshift horizontal harp, three men playing home-made guitars, two on bongo drums and one running a stick on a corrugated piece of wood.

The choir were learning a new song, but I could only see two songbooks being shared among forty choristers. The style of the music was that one or two singers would start singing a refrain, and then the others would join, in close harmony. The others could easily pick up the chorus between verses and it sounded very proficient to me.

I left the church after a few songs and my thoughts went back to the boy in the health centre. Perhaps I said a little prayer before I got into my car to drive away.

Footnote: He got better after two days and went home. Lucky boy.