It’s my last night. I have had my farewell sundowner at Kapani Salt Pans, been serenaded with “For he’s a jolly good fellow” and received a great present – coffee table book of photographs from the valley. I had my last game drive this morning and saw half a dozen lions and a leopard, as well as the usual wonderful animals. 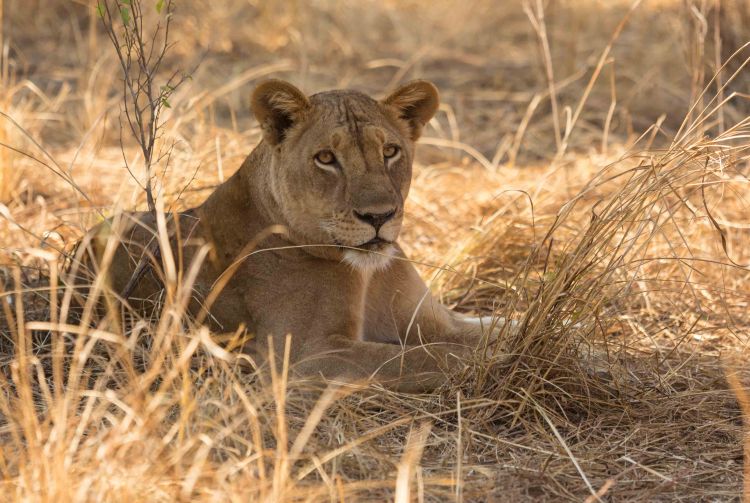 I am still convinced I have been bewitched. Someone has put a spell on the vehicles I drive. In the past ten days, I have had four punctures in three different cars. A device which keeps one of the belts running in the engine fell off. The petrol pump failed, because of a dodgy sensor. I’ve been informed that white folks are immune to local witches, but perhaps I am seen as indigent now and have become susceptible. I ought to consult a more powerful witch.

I have had a wonderful time here. Everyone, without exception, has been kind and supportive. My efforts have been appreciated. I tried to be a good GP to the people in the valley and an efficient, compassionate clinician at the health centre. Having said this, I did meet some strange folks.

I don’t want to sound like a London cabbie (“I had that Russian Ambassador in the back of my cab last month. Diamond geezer he was, an’ all”), listing all the minor celebs who have stayed here at the Lodge. I did meet a Chinese TV production team who spent most of their time taking selfies or photographs on the latest tablets, even when they were eating. They were all decked out in the latest US fashions. I wonder what the people of Beijing will think of their film.

Another group of Chinese visitors arrived at 5pm one evening, after the afternoon game drive had departed. They decided to take a stroll in the park. On foot. Without a torch. They managed to walk a few kilometres without being eaten, before someone picked them up and took them to safety. Another Chinese amateur photographer walked upto within a metre of a male elephant which had strayed into the lodge grounds. He needed a wide-angle lens, never mind his head examining. Even the lodge staff were too afraid to pull him back in to safety. He survived.

An Australian family with three hyperactive young boys caused havoc at the lodge last month. The parents looked frazzled and probably needed a holiday after this one. The boys climbed over two walls and walked across the dried up mud of the lagoon to the small rivulet where I have seen crocodiles. Amazingly, all three returned safely. Even the croc was intimidated by their behaviour.

I met the financial director of the medical school in Lusaka, who found it almost impossible to persuade a restaurant to accept his order for dinner to be ready at the regional capital at 10pm.

I was sceptical when a homeopathic doctor claimed to have treated over fifty people successfully for malaria with remedies. When the same doctor asked me for some strong painkillers for a minor injury, I was even more sceptical.

Tonight there was a flying plastic surgeon who does a power of good treating patients throughout the country. He is the only plastic surgeon in Zambia. No Zambian surgeons want to train in this specialty for some reason.

Some people love Zambia with an extreme passion. One guest has visited this National Park eight times in twelve years, staying here at the lodge. She did 18 game drives on her last visit.

No visit to a country is complete for me without my having a haircut. It has been over three months since my last cut. I went to one of the hairdressers in the village and asked if he could cut muzungu hair. He said he could, and we negociated a price. Now, 50p is at the bottom of the range of prices for my haircuts across the world. So I should have guessed that the quality would match the price. I asked for a trim. He proceeded to oil the electric clippers and shave off a swathe of hair.

“Can you put that back on again, please?” I asked him.

“No, you are the doctor, you can do that for yourself,” he replied.

There was no going back now. The reggae music on the radio set his foot tapping and he completed a dodgy number two cut in about five minutes. The new doctor, who was looking on in horror, said, “I’m dreading having my hair cut at some time during the next three months.”