“The thing I hate about workshops is that they shop work.” Dr Immo, German Technical Assistance, 1982 Mansa Konko, The Gambia.

As soon as I found out that MSF had lined me up for a job in Swaziland, I knew I needed to refresh my knowledge of tuberculosis (TB) and HIV. This is because Swaziland has the highest prevalence of both diseases in the world. And quite a few Swazis have both HIV and TB. Not only that, but the rate of drug resistant TB is incredibly high.

My home town, Leicester, has one of the highest rates of TB in the UK. Dr David Bell, Consultant in Infectious Diseases, specialises in TB. He kindly agreed to have a chat with me about the management of drug resistant TB (DR-TB). At that time, out of the million people living in the hospital’s catchment area, just two were being treated for DR-TB. In comparison, the MSF clinic at Matsapha currently is treating 86 patients, with a catchment area of 35,000.

As I had failed to get more practical experience before starting work in Swaziland, I jumped at the chance of attending a workshop on tuberculosis run by the Swazi Ministry of Health. The event was held at Esibayeni Lodge, just a few kilometres from the clinic.

I arrived at 8am when the workshop was scheduled to start, but the room was completely empty. I checked into my room, unpacked my rucksack (mainly filled with electrical chargers for phones, tablet and laptop) and went back to the workshop. By now it was 8:20am and there were a few participants sitting around chatting. I sat next to a glamorous lady and introduced myself to her. “I know you, Dr Ian, I work at Matsapha with you,” she replied. In my defence, she was dressed up to the nines and had a fantastic new hairdo, shot with gold threads, so no wonder I didn’t recognise her. She had no trouble recognising me; I was the only white person in the group.

Gradually, the room filled up with delegates. At 8:45am the chairman officially opened the workshop with some remarks about “housekeeping”. I was expecting the usual guff about there being no planned testing of fire alarms and the location of the toilets. Instead, the chairman asked for volunteers for a pastor to lead the prayers and a timekeeper, to let the speakers know when their time was up.

There was silence for a few seconds before someone chirped up, “Switch off mobile phones.”

Another person said, “Everyone must be active participants.”

Finally, some wag said, “No thinking with eyes closed.”

I thought that if we all kept to the ground rules, this was going to be more interesting than most of the workshops I have attended in UK.

There were twenty plus delegates, mostly nurses, sitting at tables around three sides of the room, with the projector, laptop and lecturer occupying the fourth side. Every table had a saucer of sweets wrapped in crinkly cellophane. These didn’t last long, and I noticed some people moving to vacant seats, perhaps to get a better view of the screen. Or better access to an untouched saucer of sweets.

It wouldn’t be a proper workshop without at least one lecturer getting into difficulties with link between projector and laptop, but generally the IT went very smoothly. PowerPoint rules in Swaziland.

One nurse made a plea for the whole workshop to be conducted in siSwati, the local language, but thankfully for me and Dr Yves (recently arrived from Democratic Republic of Congo), English prevailed with the compromise that if people could not find the right words, they could revert to siSwati to express themselves fully.

We all completed a pre-test to assess our knowledge prior to the workshop but to avoid embarrassment, we were told that we could put any name on the top, as long as we used the same name for the post-test at the end of the workshop. Then came the introduction, the epidemiology, the basic biology and natural history of tuberculosis. By this time, the delegates were getting fidgety. The timekeeper had a hopeless job trying to get us to the mid-morning tea break on time, as we had started 45 minutes late. The organiser told us to get a move on as the dining room staff wanted to get the room ready for lunch. 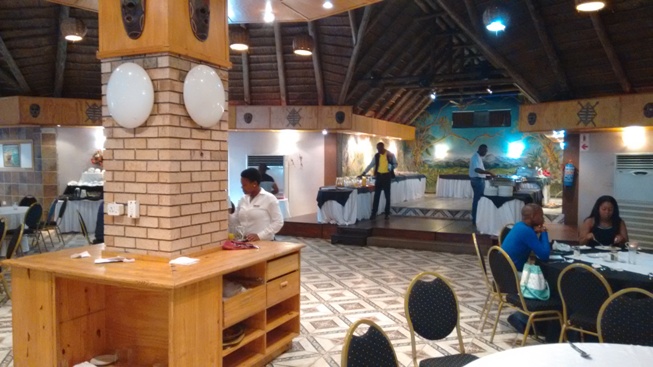 The tea break was interesting. The waitresses offered us toasted sandwiches and biscuits. For drinks, there was a hot water geyser, some tea bags and several shades of brown powder in glass jars. Unfortunately, the labels had come off but I reckon one was Milo, another Ovaltine, one resembled Nescafe instant coffee but I was mystified by the last jar. I tried it, but it didn’t smell or taste of anything, so I added a spoonful of instant coffee granules. Quite a few of the delegates obviously had not had breakfast, so they helped themselves to generous amounts of sandwiches. I normally prefer tea, but with just one milk jug by the geyser, you had to add hot water, teabag and milk all together.

We struggled on to lunch a few hours later. This was a buffet where most people took a sample of everything which was on offer. Mutton stew, chicken, fish, rice, salad, pap and veg. I didn’t eat much. A mental image of sputum being whipped up like eggs into an omelette (kindly provided by the speaker from the laboratory) put me off a bit.

Not surprisingly, the group’s performance after lunch was more solid than stellar. One lecturer tried to combat our postprandial lassitude with some stretching exercises. Another lecturer managed to get us interested in infection control by the force of her personality alone. When she started discussing the problems of using face masks (the technical term is “N95 surgical respirators”), one nurse complained that wearing them ruined her makeup.

As in the UK, some lecturers have the gift of enthusing their audience, grabbing their attention and making the subject matter seem simple and logical. Other lecturers have probably never been taught how to teach. At times, I felt like I was back in primary school. One lecturer would speak very slowly, often reading out the content of the PowerPoint slide, word by laborious word.

Another used the “complete my sentence” technique: “Mycobacterium tuberculosis is an acid and alcohol WHAT?”

Repetition figured strongly, too. Occasionally the lecturer would have trouble expressing exactly what he/she wanted to say in English, and reverted to rapid siSwati.

One lecturer’s phone rang during his lecture, so he asked us to discuss the term “culture” for a few minutes among ourselves, while he popped out to complete the call.

But all the lecturers were eager to get their message across, and make sure we had kept up. “Are you still with me?” “Are we all together on this?” I was amused by a lecturer who added the phrase “innit?” at the end of statements. When he reverted to siSwati, he used the phrase “yamoueh?” – which I think translates as “innit?”. 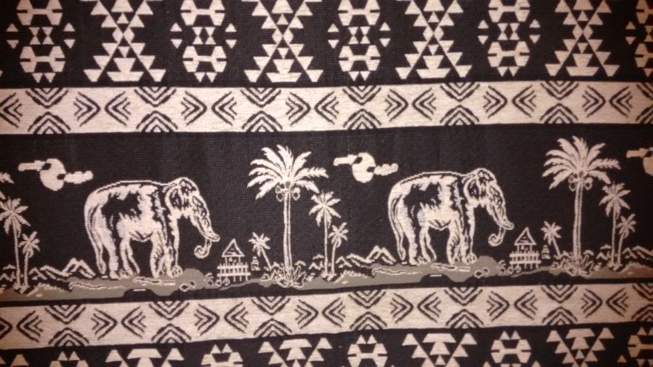 On the second day, we started with a prayer in siSwati, followed by a rousing chorus of “We shall overcome.” The next item was a recap of the previous day’s lectures. I am sure that this is a good way to cement facts into one’s memory banks, but we were all a bit dull and unresponsive. One nurse took it on herself to embarrass us all by reeling off all the salient points. The lecturer caught her sneaking a peek at her notes and wittily asked, “Why don’t you keep on reading up to the end?”

During the more clinical lectures, some of the nurses seemed to switch off. I caught one thinking with his eyes closed. Several had their heads bowed, not napping, just keeping up to date with their pals on WhatsApp and Facebook. The timekeeper rapped her glass of water with a pen to indicate the lecturer’s time was up. He ignored her, but it jolted a few participants back to consciousness. She gave up after that.

To be continued: The Field Trip to the National Tuberculosis Hospital.