A large, smiling lady sat down in the patient’s chair and handed me her medical records notebook. Her first name was “Happy”. What an appropriate name for such a jocular, friendly lady, I thought.

“Madam, how did your parents know that you were going to be so happy when they named you?” I asked.

“They didn’t,” she replied. “They named me Happy because they were happy to have a baby.”

Turned out well, then.

“Now let’s talk about reducing your risk of developing high-high (hypertension) and sugar (diabetes),” I said, spoiling the mood.

This lady has the same name as my maternal grandmother, Dorah. She has the same look of grim determination, too. I asked if I could take her photo and she agreed. I took the second photo after telling her about her namesake. Her face lit up and she asked if I would show her photo to my grandmother. I told her she was long dead (how old did she think I was?) but instead I showed her a picture of my mother, who will be 90 this year. She was delighted. She is 87. I didn’t ask, but I bet she knitted that cardie. 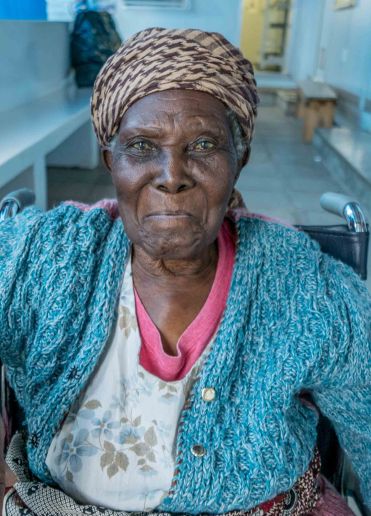 Family relationships are very important to older people in Swaziland (and the rest of the world). The old order of respected elderly parents being cared for by dutiful children has been disrupted by the massive mortality from HIV/AIDS over the period 1990-2010. A swathe of future carers were cut down, leaving their elderly parents in poverty. I see a lot of depression in the elderly, too. One elderly gent looked so miserable after telling me about his physical problems that I told him he looked very sad. He burst into tears and needed a bit of time. My translator was not impressed. “In Swaziland, it is taboo for a woman to see a man cry.” I apologised but said it is part of the job to see patients in desperate situations, and sometimes they break down. “What does the taboo mean?” I asked her. “I will get bad luck,” she replied.

Much of the work of general practice in UK is preventing disease from happening, and once it has happened, preventing it getting worse. Here, I see disease which has been neglected and untreated for years. Elderly ladies don’t usually like showing off their knees, but in the consultation room, all is revealed. I have seen some truly massive knees, lumpy with additional bone from osteoarthritis, which must cause agony. I tell them I can’t fix it, but I can help with the pain and they are grateful. There is no joint replacement surgery here.

This is an example of what we used to call Housemaid’s Knee, or prepatellar bursitis. I told her that she should not kneel down for long periods, “But take a cushion with you to church”.

Another lady was referred to me by a nurse because of a fungal infection between her toes which was not healing. When I looked at her feet, she had a huge bunion which had forced her big toe out of line, and twisted it under the second toe. Instead of the gap between the toes being vertical, this cleft was horizontal, so sweat was pooling, being retained and providing perfect culture material for bacteria and fungi. Doctors have to be resourceful when working with a limited array of treatments. I used some antibiotic eye ointment and an oral treatment we usually reserve for people with advanced HIV suffering from fungal oesophagitis to treat her.

Most elderly people have problems with their vision, but hardly any wear spectacles, which are just too expensive. Every six months or so, a team from UK comes to Swaziland to refract patients and give out second hand spectacles with the correct prescription. This lady has a white dot (an early cataract) in the centre of her lens which prevents her from seeing properly.

Mothers always dress their children in their Sunday best when they bring them to the clinic for vaccinations. Now I have been here for two months, I can see patients coming back to see me wearing their best outfits, too. It is a real privilege being respected by patients. 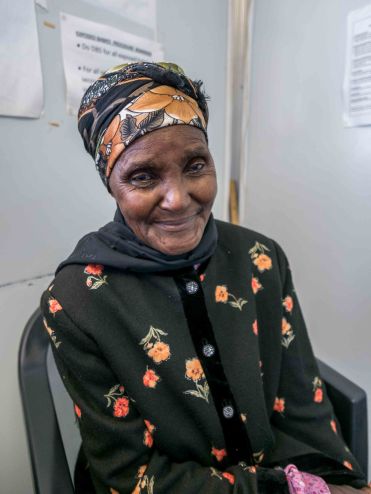 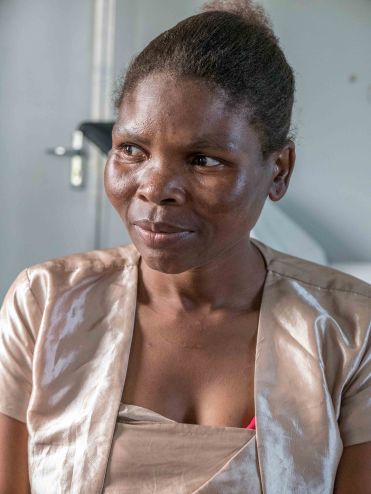