Fact of the Day: The Persian words for walled garden are “Pairi Daeza” which has been corrupted to the English word “paradise”.

Humayun’s mausoleum was the first “garden tomb” in India. The 26 acre site is divided up into four quadrants by paths and narrow canals, representing the four heavenly rivers of paradise. It even appears as though the water flows under the mausoleum, as it is described in the Quran.

This design is known as “char bagh” which means four gardens in Hindi. For a Mughal emperor in the 16th century, it is about the closest to heaven you can get on earth, a fitting resting place. As a bonus, it is sited close to the tomb of a sufi saint, Nizamuddin, and the old fort, Purana Quila, where Humayun actually died.

Humayun’s widow, the Empress Bega Begum paid for its construction, nine years after he died. It was completed in 1572. Delhi (then known as Dinpanah or “refuge of the faithful”) became less important because the Emperor Akbar had shifted the Mughal court to Agra. The tomb and gardens gradually deteriorated over the centuries. The Brits even planted a rose garden there after the mutiny!

In 1999 the Aga Khan Foundation set about a major renovation.It is now a UNESCO World Heritage site. 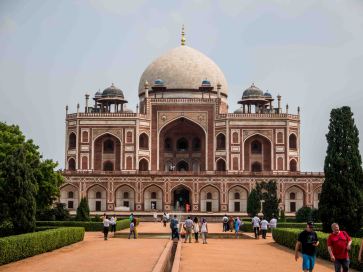 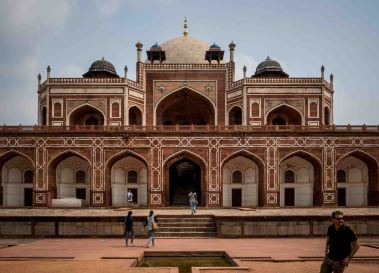 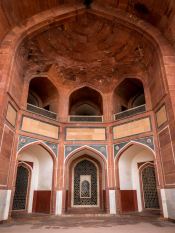 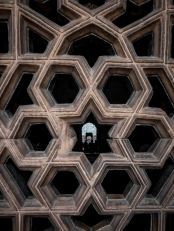 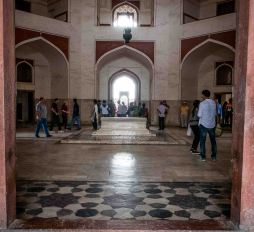 There are other tombs in the gardens. Humayun’s barber has a tomb close by and just outside the char bagh is a Isa Khan’s tomb and mosque, which is much smaller but 25 years older.