The Statesman is holding the 51st Classic Car Rally in Delhi this weekend. In the words of the advertising poster,

“Let these beauties charm you one more time,
For, these are classic and sublime.”

I happened to be walking past Modern School, just off Connaught Place early this afternoon when a poster grabbed my attention. I was hoping that there would be 100 vehicles lined up, ready to be inspected and registered in the rally. There were just two. 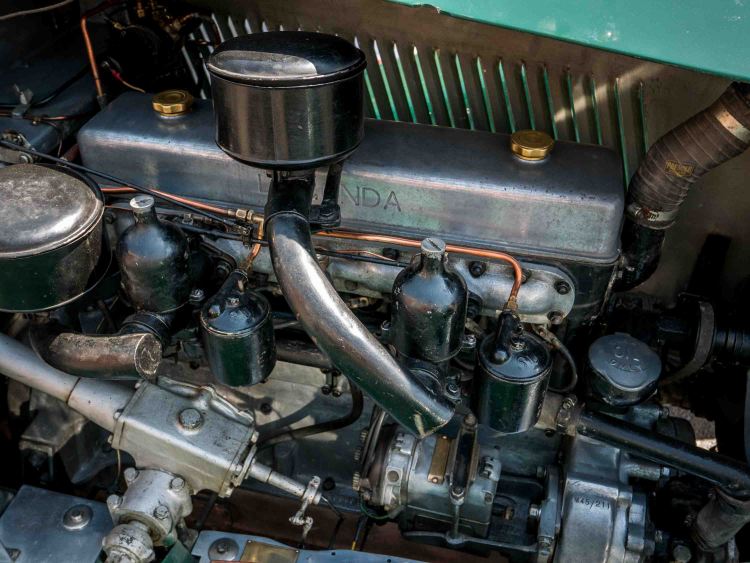 One was a beauty, a 1934 Lagonda with sweeping running boards and painted British racing green. The engine compartment was not as polished and gleaming as it would have been at a rally in UK, but I didn’t care. It had been imported to India after manufacture and had never left.

The other was a Standard (which looked like a Triumph to me from a distance, with the front superstructure hinged frontwards like a Herald). It had a soft top which had been specially designed for the Indian summer. The owner was a very proud 83 year old. He had done Naval Training in 1951 at Dartmouth in Devon and was a real Anglophile down to his tweed flat cap.

I chatted to the organisers who were vetting the vehicles. One had a plummy, cut-glass English accent, which matched his cardigan perfectly. I suppose it goes with the position.

Modern School is surrounded by playing fields and a shady, well-kept garden. Why on earth it should have a tank and a jet fighter in the grounds, I have no idea.