Delhi doesn’t have a decent cricket ground. I was very disappointed as I wanted to see a test match here in India during my mission. Perhaps it was just as well, because the English team did not perform well here at the end of 2016. The Indians drubbed them 4-0. Recently, the Australians won the first test easily in Pune, but lost the second. We don’t have a sports channel on the TV at the team house, so I was “forced” to go to a Bengali restaurant for lunch to see some action. It was all very confusing, because the television coverage repeats the good bits – near misses, great strokes, dismissals, controversial umpiring decisions – so often it was like a UK government spokesman announcing “new” funds for the NHS. As it was a Hindi-speaking channel, I found it difficult to work out if this was a repeat or new incident, being shown from a different camera angle. 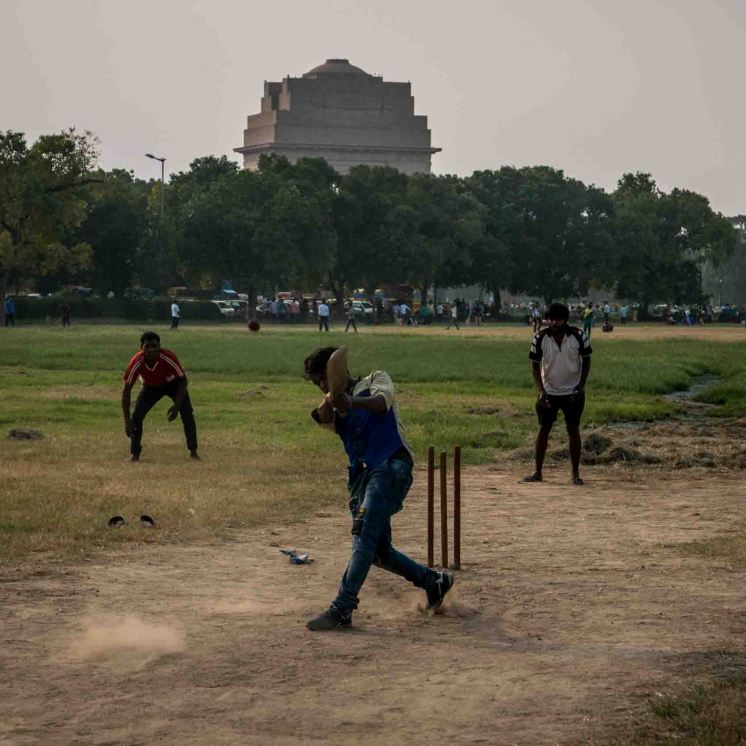 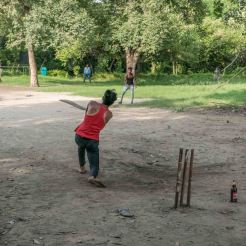 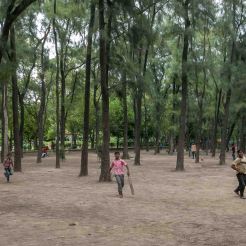 Indians love cricket, perhaps even more than West Indians. Anywhere there is a piece of flat land, there will be some boys playing cricket. It can be on a green field next to India Gate in the centre of Lutyens’ New Delhi, on some flat dusty wasteland in a northern suburb or among the trees in a public park in Shalimar Bagh.

They use a heavy tennis ball and chuck, rather than bowl, it at the batsman. The wicket is usually three sticks, but it can be anything, from the trunk of a tree to a wastebin. They don’t play in teams – who wants to hang about in a non-existing pavilion, waiting for a turn at bat? Everyone gets to field, and they take turns batting. If numbers are lacking, they play French cricket. Guess which of these two is the fast bowler?

This week, for the first time, I saw lads wearing cricket pads. Perhaps they were using a proper hard ball and needed some protection. They never have an umpire. 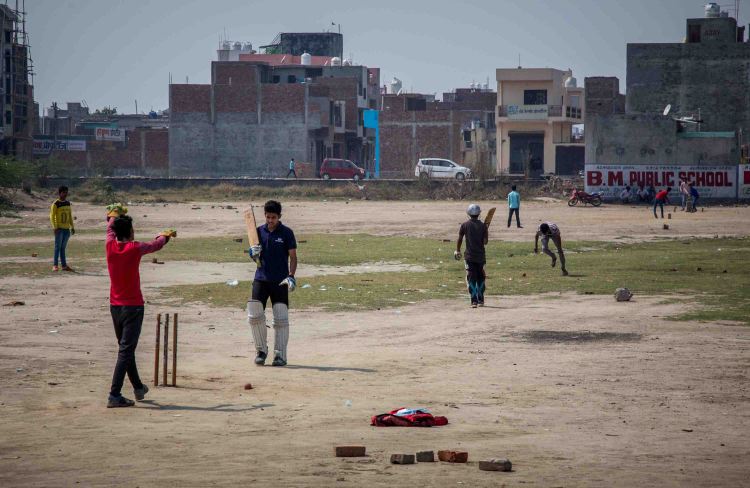 When I am interacting with Indian officials and a foreign cricket team is touring (we have had New Zealand, England and Australia here in the past six months), I can “break the ice” by talking about cricket. They enjoy being able to speak with passion about something other than work. And it beats discussing the weather.